In a series of bizarre rantings, Trump began to theorize on a potential cure for the virus. “Back in the day, my frat buddies and I, well we’d pour alcohol in our assholes. Good times! So think about this now. Suppose you hit the booty with a large concentration of disinfectants,” said Trump as he gesticulated wildly.

“Bring the hand sanitizer inside of the body. Suck it up through your butt. And get it deep in your lungs. That’s where the virus likes to hide out, or so I’m told,” he continued. “I mean, the whole concept of the hand sanitizer, the way it kills it in one minute. That’s, uh, that’s pretty powerful stuff. And I think it’s worth trying.”

Once again, the CDC is in damage control mode. They released a statement cautioning Conservatives to avoid shoving any foreign objects up their asses. Additionally, the World Health Organization released a statement in response to Trump’s comments. “Please don’t inject hand sanitizer into any part of your body,” said infectious disease expert Rick Bright. “Doing so can cause skin irritation, alcohol intoxication, poisoning, and death.” 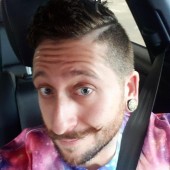 SubDocta Arrested for Practicing Medicine Without a License