After 20 years in stand-up comedy, with shows in 43 states and 11 countries, I would definitely rank my latest Alaskan tour among my favorite weeks in my comedy career. Maybe it’s the scenic beauty. Maybe it’s the laid back attitudes of the residents. Or maybe it was the hospitality all the venue hosts showed us. Most likely, it was a combination of all three.

Mark Price (Skippy from the 80’s sitcom, Family Ties) and I, put this tour together four months ago and christened it, The Native and The Nerd Comedy Tour. Unlike when I come to Alaska aboard a cruise ship for Holland America, this was definitely a grass-roots Alaskan tour.

You Gotta Love It!

Alaska definitely has a vibe and energy not found in any other US state. People there move at a slower pace but certainly aren’t lazy. It’s largely seasonal economy (at least where I visited), given the extreme weather, fishing and tourist season. Consequently, Most people perform one or two jobs. However, they don’t seem to be driven to chase the almighty dollar. Instead, they seem to be focused on making enough to support a lifestyle.

We worked in Ketchikan at The Creek Street Caberet where the owner, Karl, was also a doctor and musician. In Juneau, our producer Racheal works in the restaurant business and is also a personal assistant and promoter. In Sitka, Mean Queen owners, Patrick and Mary operate two successful restaurants, one of which has regular live entertainment. Understandably, this is no small feat, especially when most of the entertainment acts have to fly in.

First off, flying in Alaska, especially Southeast Alaska, is a way different experience than in the lower 48. When we flew into Ketchikan, we learned the airport is accessible only by ferry. I suspect a few people have missed the ferry and kayaked across the water to make their plane.

Furthermore, the TSA in Alaskan airports seems to work a little different as well. They spend a lot of time looking for snack foods. I think because so many people bring back salmon and other food items. Maybe the liquid content or the size throws off their scanners. Evidently, there must be some cuts of salmon out there shaped like a machete.

Our Juneau trip landed us at Elizabeth Peratrovich Hall. I kept mispronouncing it and finally just referred to it as ‘The Liz.’ It was formally known as the Native Brotherhood Hall. Fortunately for us, the indigenous community turned out and supported the show. These are great people who do their best to maintain their culture. Additionally, they have some of the most beautiful artwork in the world… at least in my opinion.

Another quirk about flying in Alaska is that you often spend more time on the ground between flights than actual time in the air. Flight attendants are a pretty good job there because there’s not enough time between most of the stops in Southeast Alaska to provide beverage service.

Our trip to Sitka to perform at Mean Queen landed us at a fishing lodge. The year-round chef/caretaker, Spence, made us some great food. Spence epitomizes the spirit of Alaskan residents. He holds two college degrees and is a top-notch chef who could be making big money in Seattle or other major cities. However, he chooses to live in small-town Sitka and forego financial success in exchange for Alaskan tranquility.

Our last stop on my Alaskan tour was Anchorage to perform at the Anchorage Hard Rock. We arrived super early on Saturday morning and couldn’t get into our hotel. This provided one of the funniest offstage moments of the tour. Marc Price decided he needed to take a nap, so he directed me to the local Mattress Firm, where he “sleep-tested” some of their beds for an hour and a half while I worked out.

Unfortunately, the Hard Rock show that night was not heavily attended due to one staff member dropping the ball on promotion. Nonetheless, the show went off well, except for some lighting snafus where Marc kept getting blacked out in the middle of his set. Unsurprisingly, he played it off like a true pro.

The next day we got to take a flight around the skies of Anchorage, Girdwood, and surrounding areas. Big thanks to some old family friends who made this happen. We literally flew alongside mountain tops and under clouds into river valleys. It’s an experience I will never forget and a reminder of how lucky I am to do this stand-up comedy vocation.

Before I headed back to the airport, I dropped Marc Price off at a hostel in Girdwood, about 45 minutes from Anchorage. He claims he was only staying there a few days until his next shows in Michigan. I suspect he is at the Alaska DMV right now applying for a license and becoming an Alaskan resident. That place can definitely suck you in!

Book Marc for Your Next Event

Marc Yaffee is ready to make your next event laugh-out-loud funny. Marc has numerous endorsements and personal testimonials and his resume can be viewed and downloaded here.

To book Marc, call (707) 489-5561. You can reach out to Marc Yaffee on his contact page, email him at info@bookmarcnow.com, or connect with Marc directly via LinkedIn. 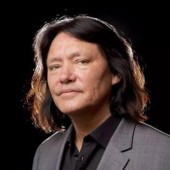 Marc Yaffee is a Native American stand up comedian and writer who’s wide experience has made him a hit with audiences of all types. Marc skewers sacred cows, dissects societal stupidities, and confronts our common frustrations, all with humanity and humor. Marc Yaffee – A Comedy Force to be Reckoned With