In an effort to assuage people who are offended by the controversial term “Redskins” the NFL team in Washington has made a decision to change their name. Following repeated accusations of racism coupled with mounting pressure after the death of George Floyd, the team settled a new name – The Washington Foreskins.

According to the head of the WFGWWC (We Feel Guilty We’re White Coalition), Karen Meredith claims it’s been a long time coming. “We’ve been pushing for a name change for the Washington Redskins franchise for years. We started a GoFundMe page and we’ve raised nearly $200 for the cause since our 2014 inception. Additionally, our Change.org petition has over 83 signatures, some of which are not fake names or duplicates.” says Meredith.

Finally, acquiescing to intense pressure like this, Washington owner Dan Snyder announced the team’s new moniker. The Washington Foreskins. “We wanted to still be able to use ‘Skins’ on our merchandise,” Snyder told Content Spew. “We considered Snakeskins as snakes have a strong association with Washington D.C. and we also ran Forefathers up the flagpole. Ultimately we decided to combine the two and we went with Foreskins.”

As for fans equating a foreskin with its namesake, as defined by Webster’s dictionary as “a fold of skin that covers the glans of the penis” Snyder, a man of Jewish heritage, denied any knowledge of such a thing.

“No one has that. Am I supposed to believe I was born with something like that and my parents decided to have it removed? Who does elective surgery on an infant’s dong?”

The ‘Skins are conducting an online contest for a design of the new logo. So far most of their entries are from 7th-grade boys. 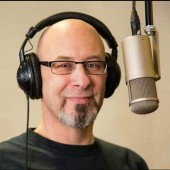 Stand up comic, radio guy, an advocate of pragmatic thought, and lover of anything butterscotch flavored, Dave Mencarelli has been on the air in Reno since 2004, making stops at Alice 96.5, BOB FM, KOZZ, and others. He's currently on 104.1 KRZQ. He's also an accomplished stand up comic having opened for Gilbert Gottfried, Brian Dunkleman, Wendy Liebman, and Dennis Miller.