Today, outspoken decentralized finance critic Chris Blec announced that he will no longer be participating in the DeFi ecosystem.

“To truly be trustless, you can’t trust anyone… including yourself,” Blec began. “For this reason, I can no longer ethically participate in decentralized finance.”

Known for his surly disposition, bald head, and bad attitude, Blec’s departure from DeFi comes as no surprise to anyone on Crypto Twitter – the one place where this news might even be relevant. I mean, why the hell are we writing about Crypto Twitter personalities? Nobody is even going to know what the hell we’re talking about!

No Tears Will Be Shed

Anyhow, everyone from copyright-infringing cartoon personas to those rugrats over at Rari Capital seems to be happy with his exit. We actually spoke with Jack Lipstone, Co-Founder of Rari Capital, about his thoughts on the situation. Blec famously targeted Rari Capital and its development team for being too young to manage the responsibility of a multimillion-dollar protocol.

“That guy’s such a meanie,” Lipstone began, taking a long sip from his juice box as we interviewed him in front of his racecar bed. “Our protocol manages a bazillion dollars in capital and generates generous returns for all of our friends. Blec can suck a fat one!”

We also caught up with Chris Spadafora, Badger DAO godfather, at a pool hall in New Jersey. Blec had also taken aim at Badger for something to do with their multisig. Or maybe it was Spadafora’s glorious head of hair? We honestly aren’t sure.

“To be frank, we’re just focused on bringing Bitcoin to DeFi,” Spadafora began, taking aim at a cue ball as shiny as the back of Blec’s head. “And coming up with more Badger puns. Can you ‘DIGG’ it?”

Blec has recently relocated and was unavailable for further comment. Rumor has it, he’s gone to live with his own kind, which we can only assume is a pack of passive-aggressive bears. 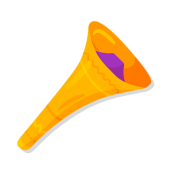 MatterHorn is the world’s leading source for the latest and greatest satirical news and information. Well, at least that how we’d like to think of ourselves. However, let’s be realistic here… we’re pretty new at this. A bit late to the game. But hey, better late than never right?