This unsavory writing is about our soon to be AI overlords and the pleasure & destruction they provide. Elon Musk once said, “AI will be the best or worst thing ever for humanity.” Even though he’s trying to make the Decepticons… Let’s explore the bizarre world of fuck bots.

So after choosing to write this article I decided to look up the history of fuck bots… and found some shit out about the ancient Greeks. It’s believed by some now that the Greeks did not just admire the human form and have statues of rape and bestiality Apparently, some worshipped these statues more than just giving flowers and jewelry. They also gave gifts of hard angry Greek wieners. Angry I assume because… well it’s gotta be frustrating trying to fuck a hole into a stone statue. Battering your man meat against a rock doesn’t seem like such a good time to me. THUS SEX-BOTS!

Now, this freaky dick slingin’ past time can actually be enjoyable. Your very own silicon sex slave.. erm I mean companion, can be customizable! So, tired of looking at the old lifeless stare of your once-beloved significant other? Now you can replace it with a NEW lifeless plastic stare. But don’t let that detour you! These bots got skills!

Fuck Bots to the Rescue

Who needs genuine human connection when you’ve got 5 different levels of suction?! Blowies so good you may end up looking like Gandhi in a couple months, not because of your holy actions but because of your raisin sized oats drained of all spermy life; a rib-showing body, no time to eat, must hump diet.

The New Age pimp doesn’t have a cane and big feathered hat. He has glasses, a hunch, and a massive thunderous erection. As of today, it stands as a $15 billion market segment, with projections that it will surpass $50 billion by 2020. Seriously!

Once AI is implemented into these robotic thots, we’re gonna have a national security issue of gold diggers on our hands & wangs. Although anything is possible, I see the most likely of scenarios playing out in a more simplified way, simply people will stop fucking people, If technology continues to improve and we have real lifelike AI.

People will be able to have their dream partners and delete any of the less desirable traits they find in people. No more bedtime, squeaky stinkies from your partner, you get it. Don’t want your man bot to look at other women? No problem! Want him to last for 2 hours straight? We gotchu boo boo. 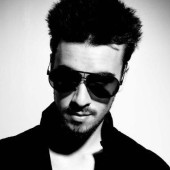